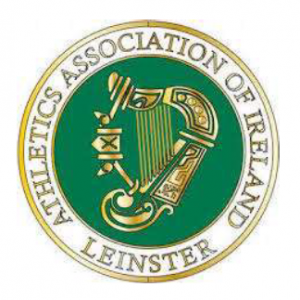 The Leinster Senior, Junior and Masters Track and Field Championships for 2021 will take place at the IT Carlow on Saturday 3 July and Sunday 4 July. Details are contained in the competition booklet. Club entries will be made by our Competition Secretary. Athletes wishing to enter these Championships should advise their coach asap but no later than 5pm on Thursday 24 June, indicating the events they wish to be entered for.
The Juvenile Track and Field programme for the age categories U12-U19 will take place over  4 days – 10, 17, 18 and 24 July. These events will all be held in IT Carlow. Club entries for these competitions will be coordinated by the coaches for each age group.
Covid Guidance for Athletes can be found at this link. 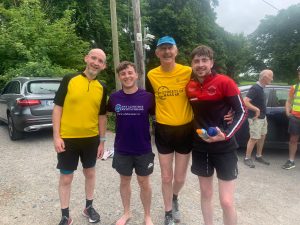 Marathon for the Alzheimer’s Society of Ireland

It was a bright and sunny morning on Saturday June 12th when Graham Halton and Sean Brophy set off from the Harbour in Naas on their marathon in aid of The Alzheimer’s Society of Ireland. Graham is the son of well-known Naas AC club member Gerry Halton. Club member Ger McKechnie also ran the full 42.2km with Graham and Sean, with Ger acting as pace-maker for much of the route.

Graham and Sean were joined by a collection of Naas AC club members at the start line who ran several km’s in support of this worthy cause. Some of the runners on the day included David, Anne-Marie, Jacinta, Kitty, Alan, Tracey, Tom, Liam, Leah, Vinny, Ruth, Anne-Maria and Cathal .. among others – apologies if we left anyone out.

Other supporters on the day included Alli & kids, Ciara, Layna and Frank who all helped out with water stations, along with Conor, Ben, Kenny, Tara, Paul, Cathy and Yvonne who cheered the guys on at various stages during the day.

You should be able to pick out a few familiar faces from the pics at this link! 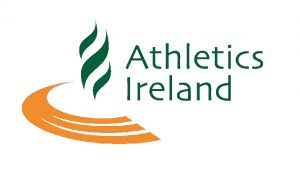 Latest Covid-19 guidelines from Athletics Ireland can be found here.

This information is updated regularly by AAI. Please contact web@naasac.com if the link is not working.